One of the most vital parts of being a parent is making mistakes. Mistakes are what causes growth and results in lessons and ultimately change. On a daily basis I make mistakes and there are times I lay awake at night reviewing those, and how I made them, why I made them – and how to not make that same mistake again. Quite possibly I am about to give you more credit than deserved, because I am hopeful you lay awake at night and feel some sort of anything for the abandonment of your child. You do feel bad right? Maybe cry when no one is around because you make the same mistake day in and day out. You get angry at yourself for not calling, writing, asking for photographs, or knowing how his day is, right? You do realize the irreparable damage you have caused your child, right?

We have never been introduced, which is difficult, given the lack of involvement you have in your child’s life. I’ve seen you at one baseball game, when you moved back for a month, ten months ago, only to abandon your child, again. Since that time you called at Christmas, and not since. There are times; I desire nothing more than to shake some sense into you, and ask if you realize what you are doing, what you are losing? This is your child, my god! However, I feel as though that would fall upon deaf ears, and a cold heart. I’m not nice like everyone else, I don’t give you credit for being a good friend, or continue to bite my tongue for the sake of graciousness. You are messing up, you are wrong, and lack in any accountability what-so-over. But, my opinion won’t change you, will it? 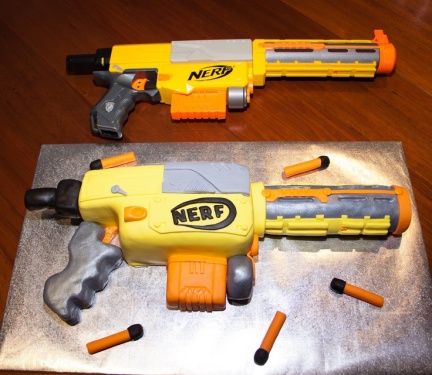 Instead I want to let you know something’s you don’t know about your child, and his life. Since you left again, he had his first school dance, where he didn’t dance at all, but had a blast. He loves dress shirts and ties, and really wants a three piece suit. He played football, and basketball for the first time. The other day he started baseball; and is showing strength in pitching. At practice the other day, he got hit in the head with a ball; don’t worry though his dad was there. He is terrified of getting hit with the ball by the way. He is having a nerf birthday party, which he is very excited about. There will be a nerf battle, and we ordered this great nerf gun cake, and his friends and family will be there, all of his family but you of course. Do you even know that tomorrow is his birthday? That he is turning nine? Will you even call him? Well, in case you don’t we are taking him to see the Oregon Ducks play a baseball game, he has no idea – and will be ecstatic! He even gets to meet the players, how awesome is that?

See, I may be  just dad’s girlfriend, but I have to wonder if I worry more about this little boy than you do. Sure, I have only been in his life for a year, the shortest amount of anyone but I can tell you this, in a years’ time he already asked me three times, if he can call me mom…because he doesn’t have one.  In fact he is making this board for his room right now, one of those tri-fold poster boards that you use for science projects – you know? Any how, he is putting pictures of his family on it, and he said “I’m going to put my dad and you in the middle and then us kids under that and on both sides.” Doesn’t that break your heart? Where is he putting a picture of you? Or, did the role of mom – not create a picture of you in his mind? That breaks my heart as a parent.  We share a home, a life, and are building a relationship every day, and there are hard days, mainly due to you. But, I don’t give up, and move away because when he moved into this home, he became my child too, and he moved into my heart. When he comes home from school, we help him with his spelling words, his multiplication facts – which he struggles with, and I try to show him I am woman he can trust, that won’t just leave one day. I grew up without a mother, and it something no child should experience.

Yes, he has constants in his life, Grandma, Aunts, and friends that have filled a void since you left fulfilling any piece of the role of mom – but you and I both know – no one can fill that role and void but you. He will always hold out hope that one day you will pull your head from wherever it is stuffed and realize the mistake you are making. Meanwhile, tomorrow I will spend the day with your child, and every time his fathers phone rings, I will hope that you are calling and that you don’t call at the same time. I hope you call because he so desires you to remember him, and what easier day for a parent to remember their child, then the day they were born. And, a part of me hopes you don’t call because in a sense it is easier for him to not be reminded that you exist, and get hopeful you’ll call again, or maybe come for a visit – only to be left sitting on the curb – with a broken heart.

He is a sweet boy, damn it! So naive in this world still; he is funny, extremely goofy and wants nothing more than to please. While snuggling with his dad last night, his dad said “You are almost too big to snuggle” and your child responded with, “I still fit in your lap” which was true. How long has it been, since he sat in yours? You never realize what you have until it’s gone, and you are losing a connection with your son.  You already lost a wonderful man, a giving man, a man who selflessly busts his ass to provide for your son, without the help emotionally, financially, morally or otherwise from you. He nurses the scrapes, attends every practice, every game, school conferences, plans birthday parties, etc…because he takes his role as a parent, seriously. When are you going to? Because, honestly every day you don’t, is a day you will regret down the road – and when your child is grown that void, will fill with questions of self-worth for himself and distaste for the woman who gave birth to him.

2 thoughts on “If I could have a word with you”

Beautiful morning at our Trail Riverhouse.
Bar Keepers Friend makes my job easy!
There’s been a lot of talk about Gabby Petito, domestic violence, and loving toxic people.
Since Gracie was a little girl and could mutter a sentence we have had this little saying, “I love you from Reese‘s pieces, stoplight, house.” We were driving down the street and we must’ve been eating Reese‘s pieces and passed a stoplight and then passed a house etc. And it just kind of stuck from there. Her being in Stillwater, and so far away on her birthday I wanted to do something special. I reached out to a local cookie decorator and baker in the Oklahoma area. Amanda @whisk__sugar was able to create the perfect cookies for Gracie! She was able to create an entire theme off  of everything that I asked and incorporated the Reese’s pieces, the stoplight, and the house! !!
I read something this morning likening the love Jesus had for us in the Garden and ultimately dying on the cross to the love a mother has for her child. That there was no limit to how far a mother would go to protect her child, and Jesus was no different with us. We as mothers would endure that same torture to save our children.
She committed long before she got accepted. Now we’re all committed and it’s a family thing!